Thank you for choosing GIFR!

You will be redirected to our secure payment platform to finish the checkout process. All prices displayed are in USD. Upon completing your order, be sure to return to your account on gifrinc.com. Please press “Continue” to proceed.

If you are buying more than one seat for a training, you will be able to assign the training to your intended learners by hovering over “My Account” on the top right corner and clicking on “My Account” and then clicking on “Learners”.

The Hare Psychopathy Checklist-Revised (PCL-R) is the international “gold standard” for the diagnosis of psychopathy in adults. Measuring interpersonal and affective features as well as impulsive and antisocial behaviors, the PCL-R has been found to be a reliable and valid diagnostic instrument in hundreds of peer-reviewed studies conducted in community, mental health, and correctional settings around the world. Comprised of an On Demand presentation by the instrument’s renowned author, Professor Robert D. Hare, as well as a 2-day live and interactive webinar by leading figure in the field of psychopathy, Dr. J. Reid Meloy, this innovative program will train you in the use of the PCL-R while earning 16 hours of valuable Continuing Education Credit. The development of the PCL-R will be discussed, item-by-item instructions will be given on how to reliably score the measures and interpret their findings, a review of the peer-reviewed research on the PCL-R will be provided, and guidance will be put forth on how to apply reporting conventions. Case studies will be employed to allow you to practice using the instruments and to learn to avoid common administration errors.

Prior to this training, you are required to have purchased copies of the PCL-R: 2nd Ed. Technical Manual purchasable through: https://storefront.mhs.com/collections/pcl-r-2nd-ed . Manuals are not provided as part of this training.

This is the Only Web-Based PCL-R Training Program Certified by Professor Hare’s Darkstone Research Group, Ltd.

At the end of this training, you will be able to…

More cost-effective and time-efficient than attending an in-person workshop but covering the same content, this innovative live training is the first-of-its-kind.

Purchase attendance for a single individual

To be considered a group, 10 or more individuals are required to participate. Purchase attendance for your team, facility, or library.

Q. Do I have to have a webcam to participate in the live webinar?

A. No. Web cams for attendees are not required. As long as you have reliable internet and working computer speakers, you will be all set to go!

Q. What if I don’t have computer speakers? Can I still attend the live webinar?

A. If you are in the United States you will be able to call in using your phone if you do not have computer speakers. Upon registering, we will send you access instructions that include a US toll free number to call if you need to access audio via a phone. If you are outside of the US, computer speakers are required.

Q. What web browser should I use to participate in the live webinar?

A. We recommend utilizing Google Chrome, Internet Explorer, Microsoft Edge, or Mozilla Firefox. Safari works too but we have found that it tends to not play as nicely with the WebEx application. For a free download of Google Chrome, please visit and follow the steps here: https://www.google.com/chrome/

Q. Can I access live webinars via my tablet or smart phone?

To check if your mobile device can support the Webex Meetings app, please click here.

For any additional questions, we warmly welcome you to email us at [email protected]

Increase the reliability and accuracy of your psychopathy assessments using the PCL-R and PCL:SV 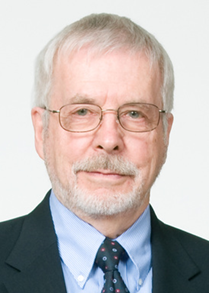 He has consulted with law enforcement, including the FBI and the RCMP, is a former member of the Research Advisory Board of the FBI Child Abduction and Serial Murder Investigative Resources Center (CASMIRC). He is a member of the Scientific Council of the Expertisecentrum Forensische Psychiatrie, The Netherlands, and was a member of the Advisory Panel established by Her Majesty’s Prison Service to develop new programs for the treatment of psychopathic offenders. His current research on psychopathy includes assessment issues, developmental factors, neurobiological correlates, risk for recidivism and violence, development of new treatment and management strategies for psychopathic offenders. He and Paul Babiak have extended the theory and research on psychopathy to the business and corporate world, with the development of the P-Scan, an instrument used to screen for psychopathic traits and behaviors, and a book, Snakes in Suits: When Psychopaths Go To Work. He lectures widely on psychopathy and on the use and misuse of the PCL-R in the mental health and criminal justice systems.

Darkstone Research Group, Ltd., is a forensic consulting and research company responsible for development of procedures used for the assessment of psychopathy, and for training in the professional use of these procedures, including the Psychopathy Checklist-Revised (PCL-R) and its derivatives. Its website is www.hare.org. 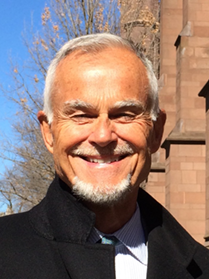 J. Reid Meloy, PhD, is a board-certified forensic psychologist (ABPP) and consults on criminal and civil cases throughout the U.S. and Europe. He is a clinical professor of psychiatry at the University of California, San Diego, School of Medicine, and a faculty member of the San Diego Psychoanalytic Center. He is a fellow of the American Academy of Forensic Sciences and is past president of the American Academy of Forensic Psychology. He has received several awards and honors, and was the Yochelson Visiting Scholar at Yale University in March 2015 and Visiting Scholar at University Hospital of Psychiatry Zurich in May 2018. He has authored and co-authored over 240 papers published in peer-reviewed psychiatric and psychological journals, and has authored, co-authored or edited 12 books. His first book, which was published in 1988, was The Psychopathic Mind: Origins, Dynamics, and Treatment. He has been testifying, consulting, researching and writing about personality disorder, psychopathy, stalking, narcissism, criminality, mental disorder, and targeted violence for the past 30 years. Dr. Meloy has been a consultant to the FBI, Quantico, for the past 18 years, and is the originator and developer of the TRAP-18 (Terrorist Radicalization Assessment Protocol, https://gifrinc.com/trap-18-manual/). He is associate editor of the Journal of Threat Assessment and Management.